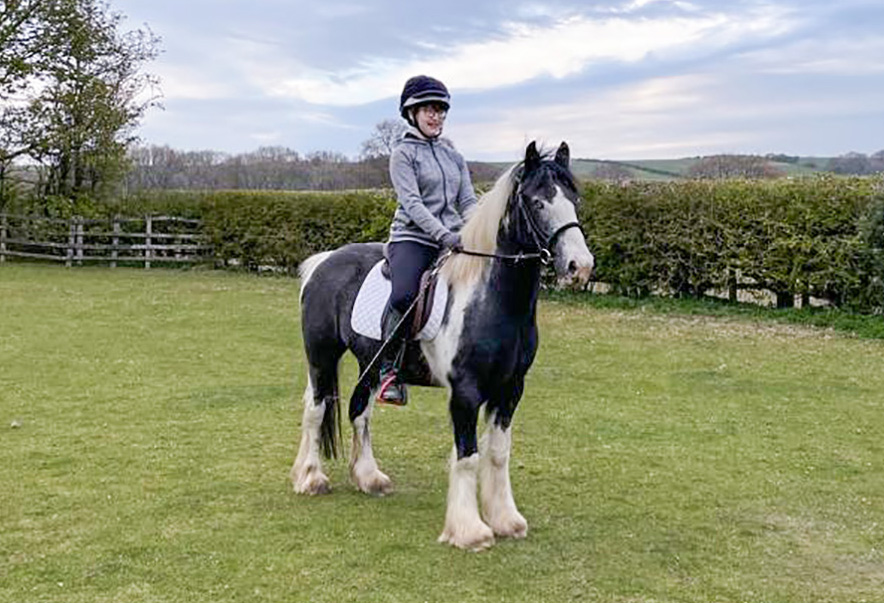 We are delighted to be able to tell the first success story for our Loanie Pony Scheme – and have more to tell very soon!

Amber came to visit us along with her mum Jo, to try both Marvin and Donald as potential partners.

We had thought Donald would be a good fit and so after initial introductions, duly tacked him up first.

Amber climbed on board and started to work Donald quietly through some exercises in the school. However, it was clear from early on, that wires were getting crossed and the match was not quite right.

Take two with Marvin – and the difference in the partnership from the outset was remarkable. The look on Amber’s face said it all!

Amber told us recently, “It’s quite humorous looking back but from that point I had no interest in any other pony, just this mud monster with his single sapphire eye”, she laughed.

Further visits were made but it wasn’t long before Amber and Jo decided that they would love to welcome Marvin to their family.

Arrangements were made for the home-check, which all went swimmingly – with plans in place to lower the stable door so that Marvin (who is very inquisitive), could see over it more easily and a nameplate was also installed in readiness for his arrival. 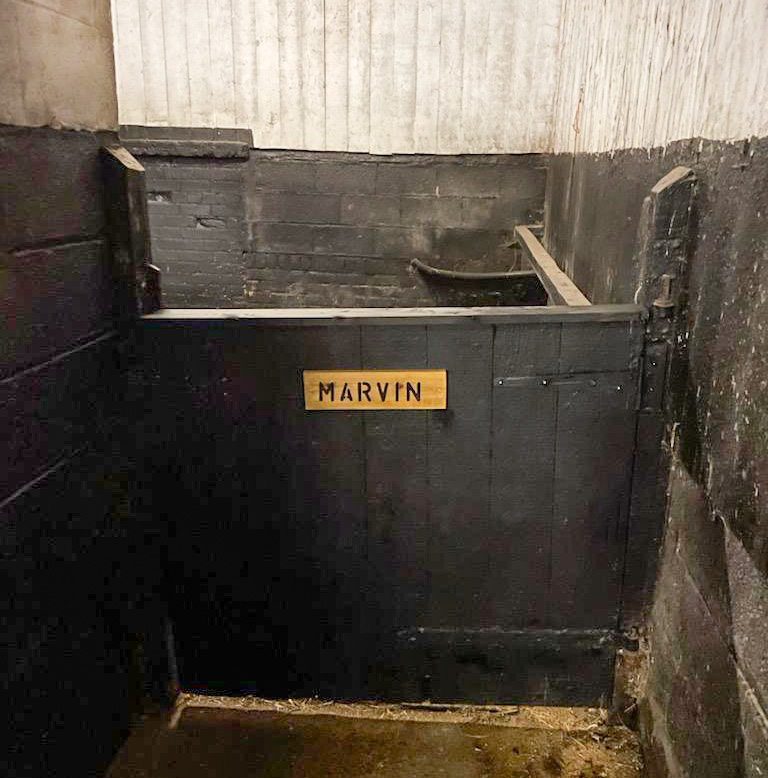 There was then a wee delay in proceedings when Amber tested positive for Covid 19 and needed to isolate.

Eventually, in the middle of winter, Marvin went off to his new abode and although he was a little unsettled at first, he soon became familiar with his new Loanie Pony home, people and surroundings. 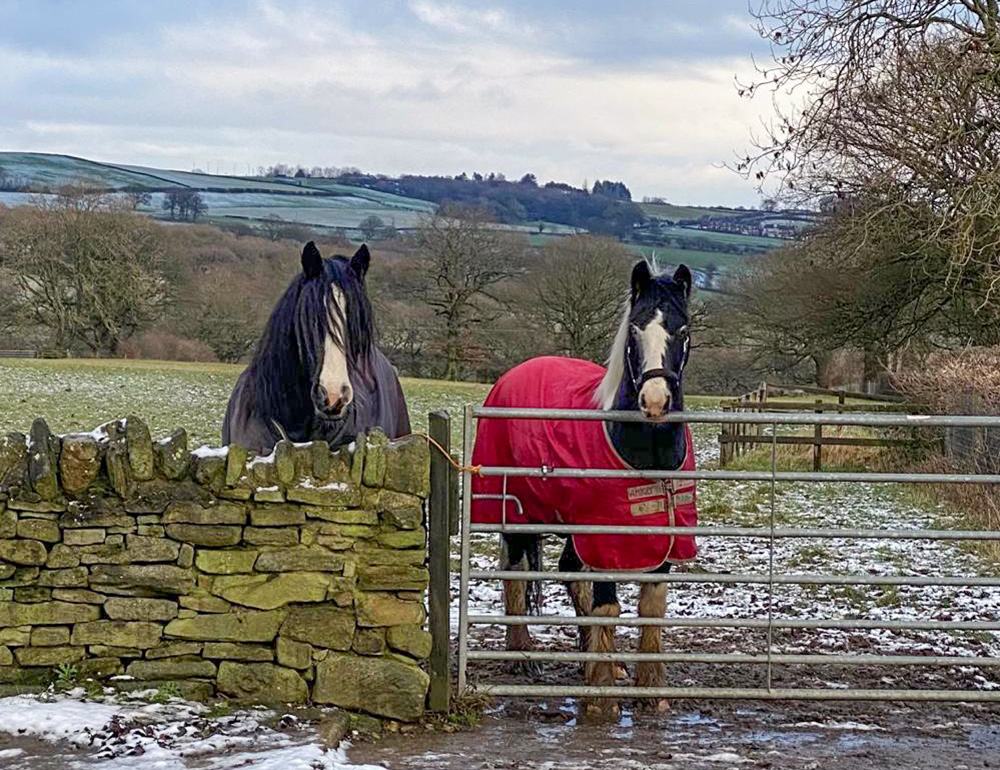 Marvin with his new pal Tommy

By February, he had completely won the hearts of Amber and Jo with his mischievous personality and sweet nature.

We were so happy to hear this as difficult behaviour in horses and ponies often has pain as its root cause. Amber and Jo were obviously mindful of this.

The duo had been enjoying weekly lessons and making great progress but hacking had been off the agenda because of the awful weather conditions.

Once they were able to get out and about again, some anxiety issues in Marvin arose, which needed to be addressed.

A couple of visits were arranged to give training tips and soon they were both back on track.

Amber explains “Even though he has only been with us six months he has improved and learned so much with his eager attitude and naturally inquisitive nature.

We still have our ups and downs but that is to be expected when both horse and rider are still young” she added.

“I couldn’t imagine wanting any other horse more than my cheeky gremlin”!

The Here4Horses team are so happy to hear this great news – a perfect scenario for a pony who suffered a tough start to life.

We know Amber loves to try her hand at horseback archery and we are hopeful that with a little time and training, Marvin will feel the same way too!

Watch this space for updates.