As we all know, life can take us in some thoroughly unexpected directions.

The team at Here4Horses want to be able to step in and protect horses and ponies, no matter what the tragic circumstances. Your £3.00 per month means we can continue to do just that.

Please sponsor the very handsome Mr Shelby if you can.

In October 2021 we were contacted by a lady whose life had literally been turned upside down. She had bought a lovely Irish Cob, who at 5 years old had recently been backed and was green but had a very loving nature and was a joy to hack.

She and Shelby were enjoying life together and starting to develop a partnership when COVID 19 struck the household and Julie lost both her husband and her father within 24 hours of each other. Shelby’s education was put on pause for a few months while Julie came to terms with her traumatic loss.

Unfortunately, several months down the line, Julie then suffered an unlucky but very serious fall from Mr Shelby which would change things forever. She broke many bones in the fall, including pelvis, vertebrae, shoulder and ribs – resulting in a punctured lung and three weeks in hospital. Once on the long road to recovery, Julie discovered that her confidence, quite understandably, had taken a serious knock. Devastated by the combination of the year’s events, she decided she didn’t want to ride again and Shelby should be sold.

A further problem then arose as Shelby suffered with some health issues of his own, including the discovery of very small cataracts and Lymphedema on one of his legs due to feather mites, which meant he failed a vetting.

He also exhibited rig-like behaviour (acting like a stallion even though he is a gelding) when near mares.

Despite all of these problems and after an awful year filled with so much grief, Julie was still determined that he should find a permanent home where he would be treasured and not passed from pillar to post. She contacted us, desperate to see if we could help secure Shelby’s future.

We assess all horses and ponies on a case by case basis and the Here4Horses Trustees were unanimous that help should be offered if at all possible, given the huge struggle Julie had faced. A donation was agreed to cover our initial costs and Shelby was duly signed over.

Shelby spent all winter in training with lots of in-hand and ridden work to improve his softness and flexibility. He was blood tested to make sure his riggy behaviour wasn’t due to high testosterone levels. The results were thankfully negative and we simply needed to manage who his neighbours in fields are. His feather mites were treated aggressively and a follow-up specialist examination of his eyes (very kindly funded by Julie), revealed no change and no cause for concern. His future was looking bright.

Things got even better for Mr Shelby when friends of Here4Horses got in touch looking for a pony matching his credentials to a T. Visits were made and Shelby easily charmed his way into a new Loanie Pony home in deepest, darkest Staffordshire!

He is one very happy pony having already made his mark – and many new (boy) friends.

Adventures with people and playing bitey games with his field mates.

Hot weather, sweating and more than an hour without food. 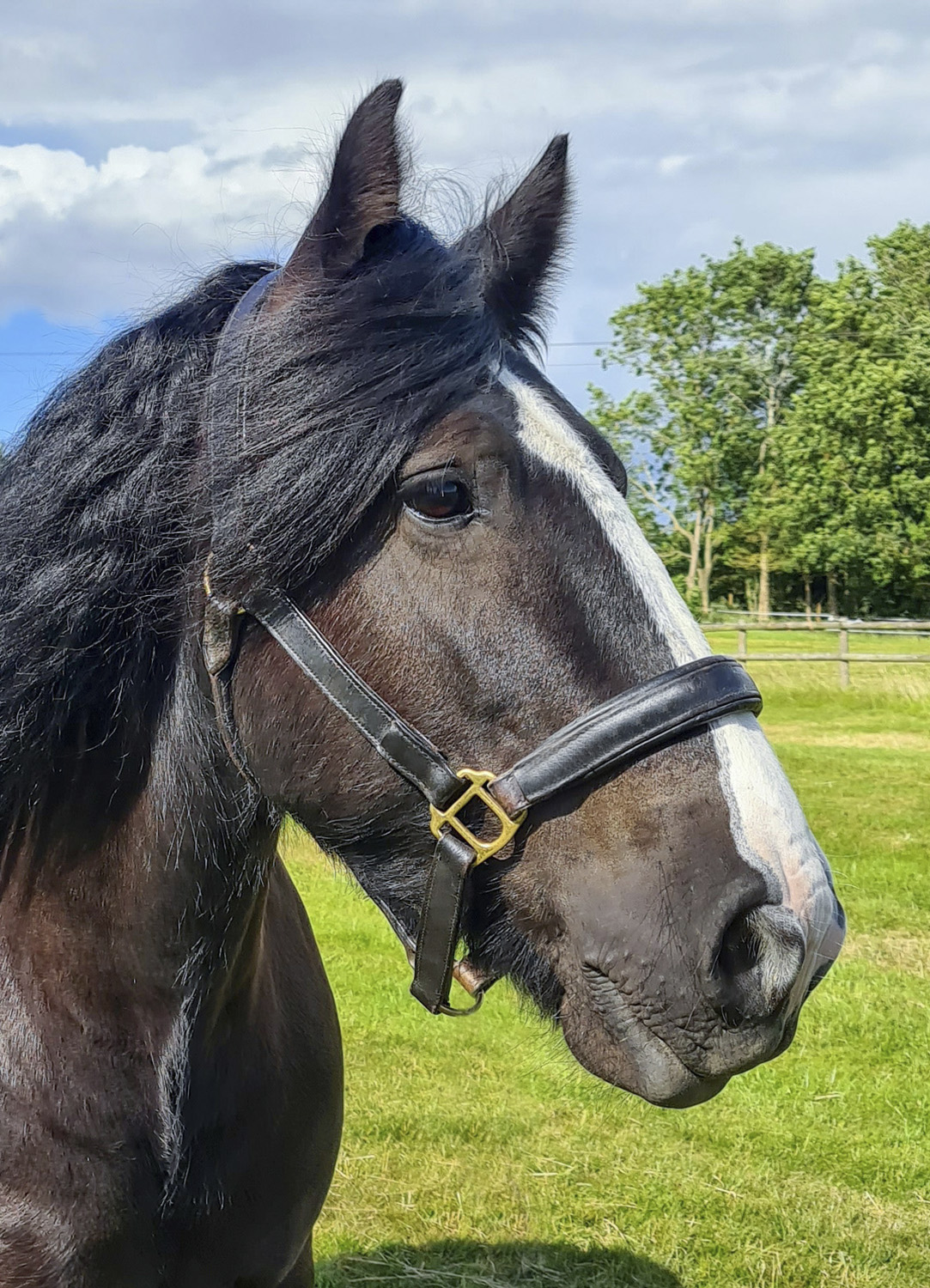 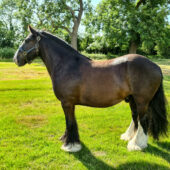 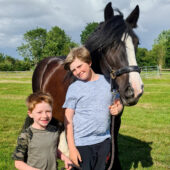 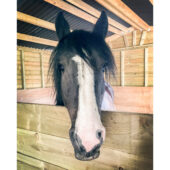 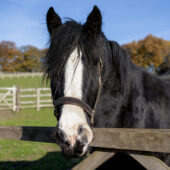 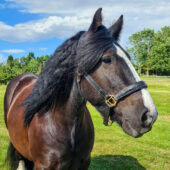 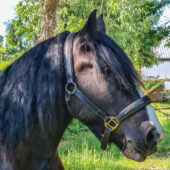 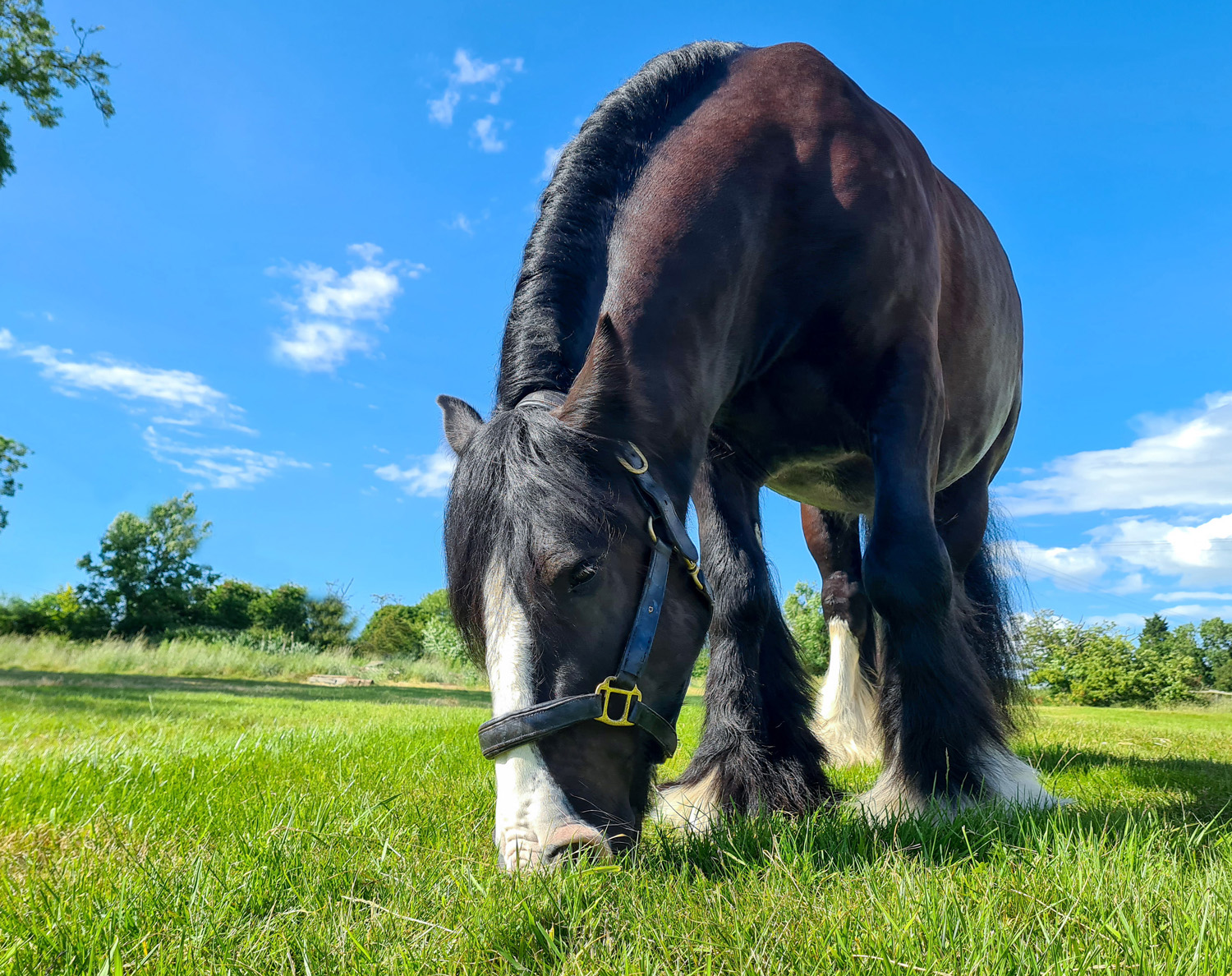 Perkins sadly started out, as yet another unwanted and abandoned foal. He was very lucky to be found before he met a miserable fate, like so many others.

A call from a member of the public, led to a volunteer making a visit to a Durham building site in April 2018.

Anna arrived under very sad circumstances in January 2020, she was accompanied by her field companions Chequers and Tinkerbelle.