Lonely ponies like Moyrus are not ordinarily considered welfare cases.

The Five Freedoms clearly states the importance of company of others, in order to exhibit normal behaviour and thrive; however, the lone horse issue is often overlooked.

The mental health of a horse or pony needs careful regard and the team at Here4Horses are committed to shedding light on the detrimental effects on any herd animal, living a solitary existence.

Moyrus had been on our radar for almost two years. Concerned members of the public had from time to time called to say how sad he looked, standing for long hours in his roadside paddock looking bored and lonely. We received more calls during the summer months as ragwort grew in his paddock.

Moyrus was however in good condition – overweight in fact – and his basic daily needs were being met.

However, in July 2020 the opportunity arose to discuss Moyrus’ situation with his owners. It turned out that he had been retired, having developed lameness issues that could not be resolved.

The family were reluctant to part with this lovely boy, who had brought so much fun and happiness in his youth, so Moyrus had become the classic ‘field ornament’.

To cut a long story short, Moyrus was signed over to Here4Horses for a fee and he came in to us for assessment.

Investigations revealed that he would only ever be sound in walk but Moyrus was otherwise fit and well and immediately behaved ten years younger when surrounded by other boys to play with.

A sheer stroke of luck, led to the perfect foster placement becoming available and we are very happy to report that Moyrus is now high on life, living in the lap of luxury in Northumberland as companion to another retiree.

Like all our stable mates, he will remain with Here4Horses for the rest of his life and we will provide support to his lovely foster carer, as and when necessary.

His new best friend Will. 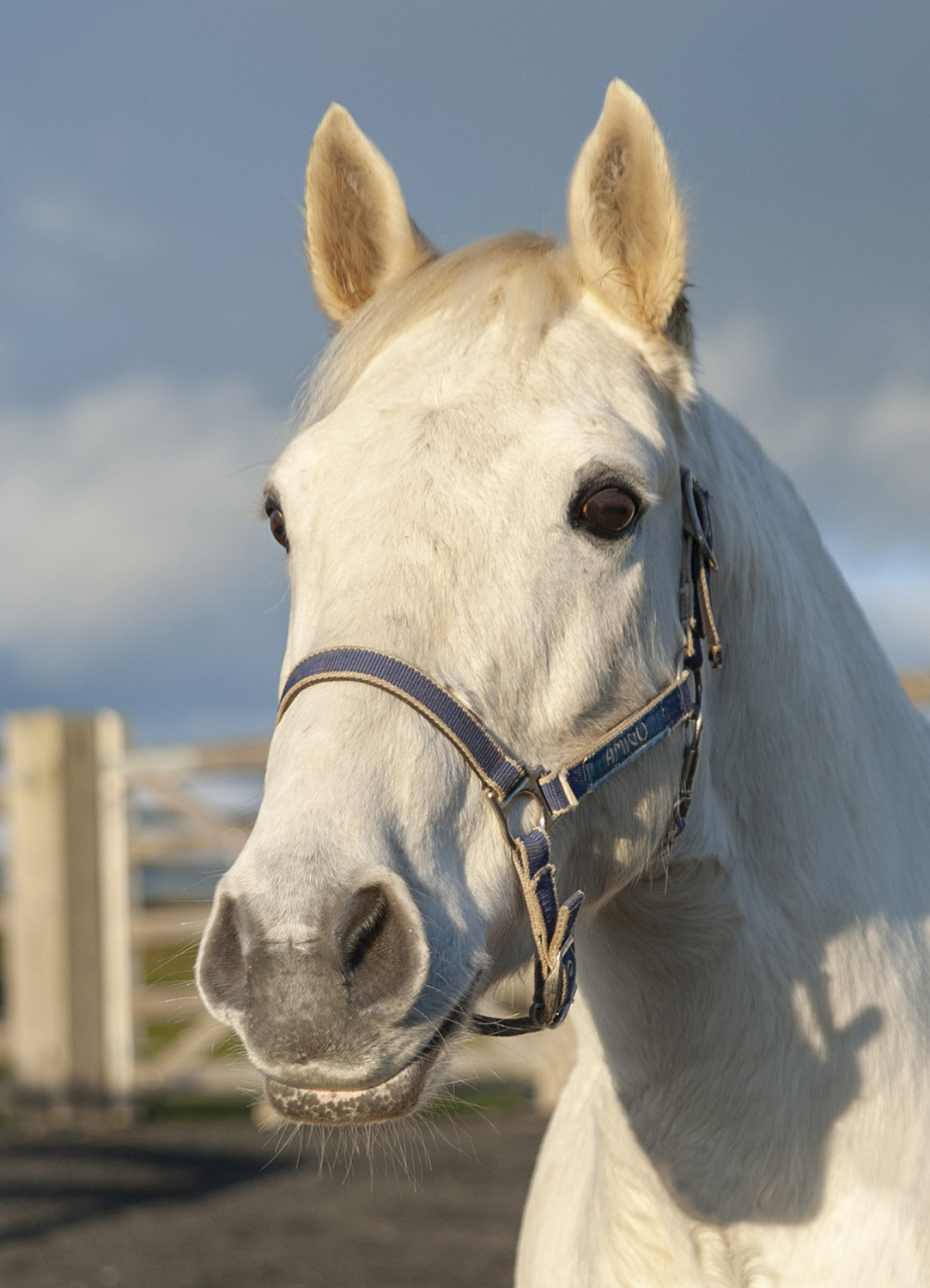 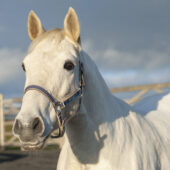 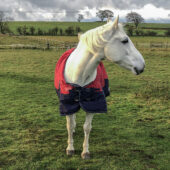 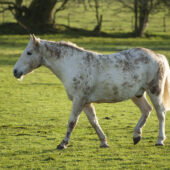 Tinkerbelle joined us under the same sad circumstances as Chequers and Anna, in January 2020.