Sponsoring a pony like Marvin means you are making a commitment to helping us, help unwanted foals who are abandoned and left for dead. This is a serious aspect of the continuing horse welfare crisis in the UK and one that will need intervention from charities like ours for years to come.

Marvin came to us as a desperate colt foal, discovered by one of Northumberland County Council’s Animal Welfare Team. He had been abandoned – left tied to the railings of a derelict school, with two others, who we named Doogie and Donald.

It was a freezing wet night in December when three cold and wet, hungry little ragamuffins arrived.

Their filthy, matted coats barely disguised their skeletal little bodies. Riddled with lice and suffering from a heavy roundworm burden, they quickly lay down together in the deep straw bed, munching quietly on hay. It’s always good for the team at times like this, to know they have found a bit of horsey heaven.

Foals in this state, having been weaned from their dam (mother), at 4-6 months of age and never been de-wormed, swiftly become malnourished. They barely weigh more than the day they were born. It is very sad to see.

It was necessary to put Marvin and his pals through a careful programme of re-feeding.  This is a very important process – as providing too many nutrients to a starved animal can cause organ failure and even death.

Re-feeding is a subject we plan to cover soon in our advice for owners and keepers, as sadly some well-meaning people rescue starving ponies, only to cause their death by allowing access to too much of the wrong foods.

Marvin has been with us for five years now, stands 13.2hh and was started under saddle this summer with the team at Robinson’s Equiteach. He has matured into quite a character – a real attention seeker. If he was human he would be Jim Carey – mildly irritating but always good for a laugh!

Marvin will be ready for our Loanie Pony Scheme soon and we look forward to finding his perfect partner.

Raiding pockets in search of treats.

Having his legs washed. 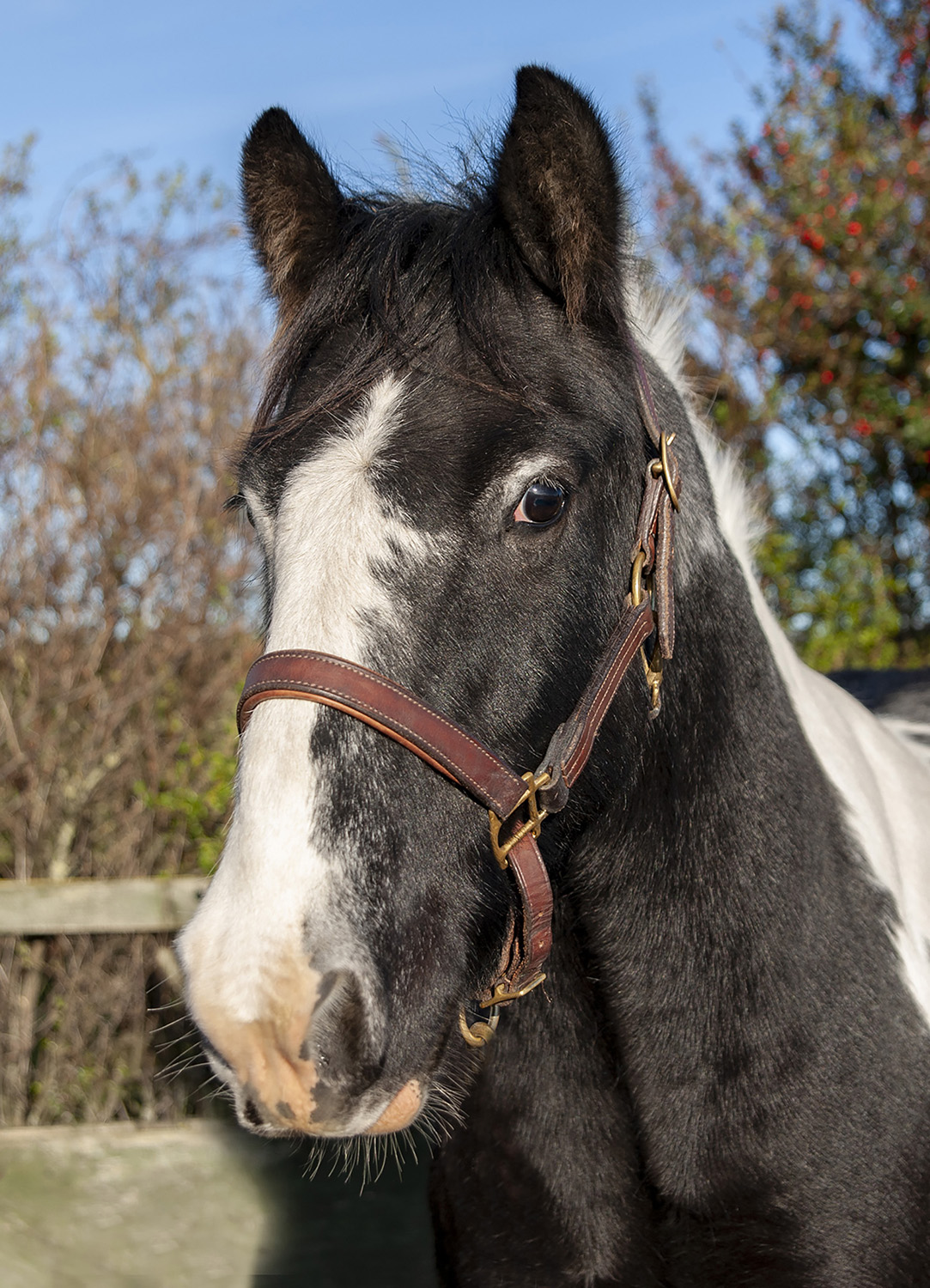 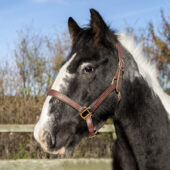 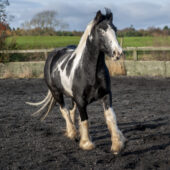 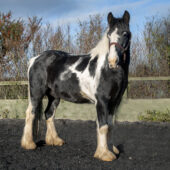 He had been abandoned – left tied to the railings of a derelict school, with two others, who we named Doogie and Donald.

From the outset he proved quite a little character. He would look everyone directly in the eye, almost like he could read thoughts.

A cheeky faced character, carrying rather too much weight, bounced down the ramp of the transporter.