The neglect of elderly horses and ponies is sadly not uncommon – even amongst owners who really should know better.

Angus represents those who have grown old and are neglected because perhaps their job is done or, they are increasingly high maintenance as their health deteriorates.

We want to make sure that this greying boy is happy and safe for the rest of his days – by sponsoring him you help to make that possible.

Several different members of the public contacted us repeatedly, with regard to a number of horses and ponies present in a paddock in Cleveland. This paddock has presented recurring issues for both the RSPCA and Here4Horses over a long period of time.

Visits were made on several occasions, where we found some evidence of neglect (overgrown feet, poor coat condition and pot bellies) and apparently no care or regular attention from an owner.

However, none of the horses and ponies present was in need of immediate intervention.

Attempts to find the owner, led to a man who trades locally. Discussions took place with regard to improving the level of care through worming etc.

Then one day, all of the horses and ponies disappeared except for one – a lone Shetland.

Angus – as he is now called – had seemingly been left to fend for himself.

To cut a long story short, Angus was signed over to our care.

He was riddled with lice, lean (for a Shetland anyway) and his teeth were in desperate need of attention.

The strangest thing was that despite being of very mature years there were no sign at all of any testicles. He was very quiet – subdued even – and we therefore assumed he was a gelding simply because mature Shetland stallions are usually very well endowed and behave like the human equivalent of Tarzan.

Months went by and Angus had been teamed up with another Shetland – Winnie.

We had them both in one morning for a health check and a bit of TLC and low and behold a feel underneath led to the discovery of his crown jewels!

It is not unusual for young horses in poor condition to have testicles that have not yet descended into the scrotum. It is however unusual for a Shetland in his later years.

Angus was duly castrated – and bizarrely, yet again breaking with the norm – he became quite coltish and aggressive for a while.

Thankfully that is all behind him now and this cheeky monster is unrecognisable from the poor, depressed and neglected little chap he once was. Mind you – he is never clean enough for a photo shoot as he loves rolling in mud!

Humans who don’t understand him. 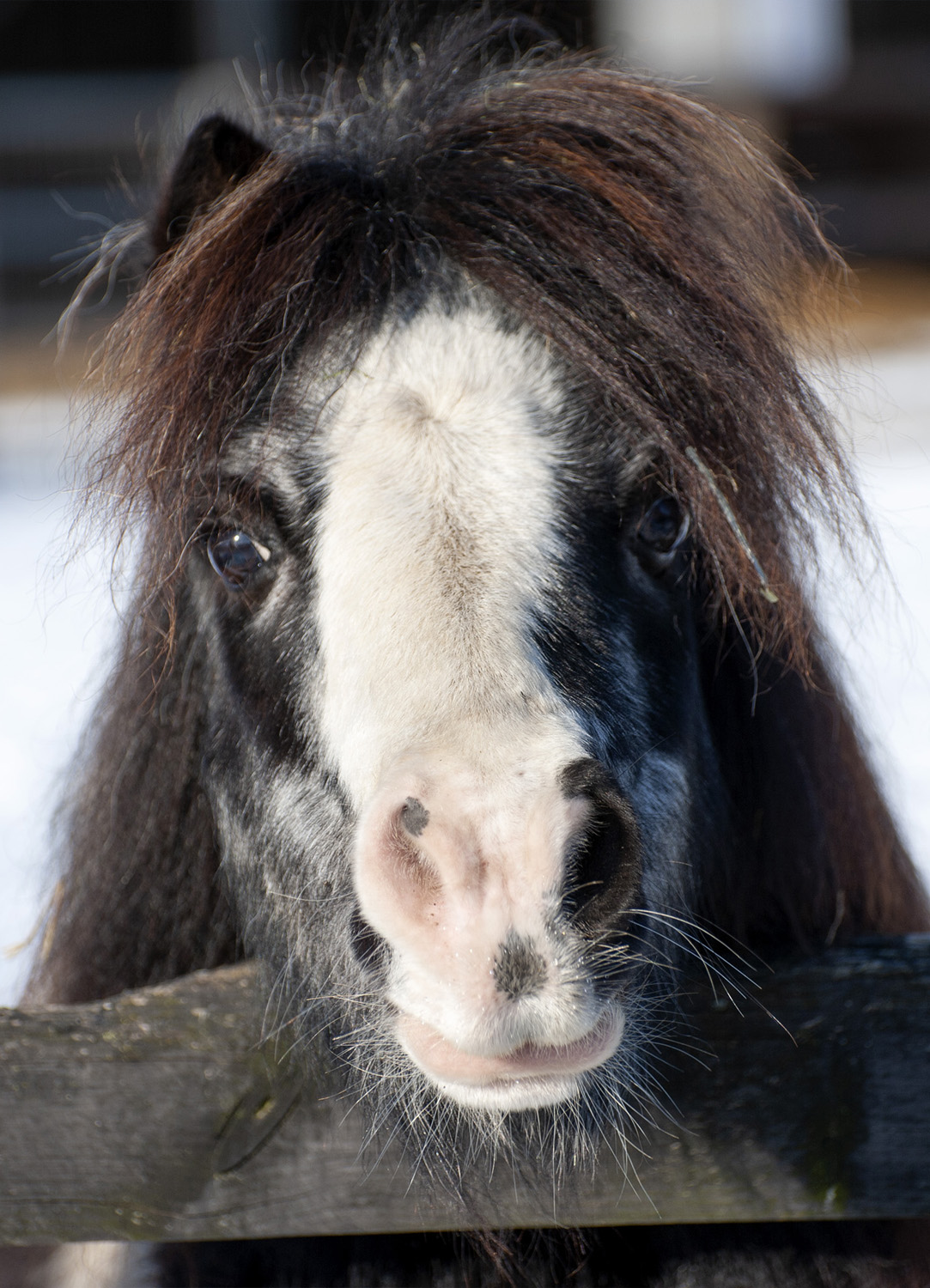 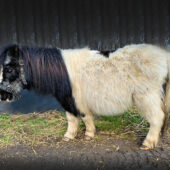 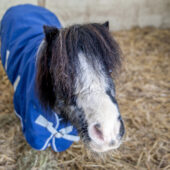 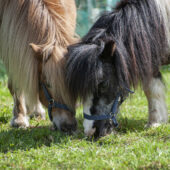 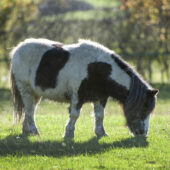 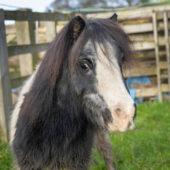 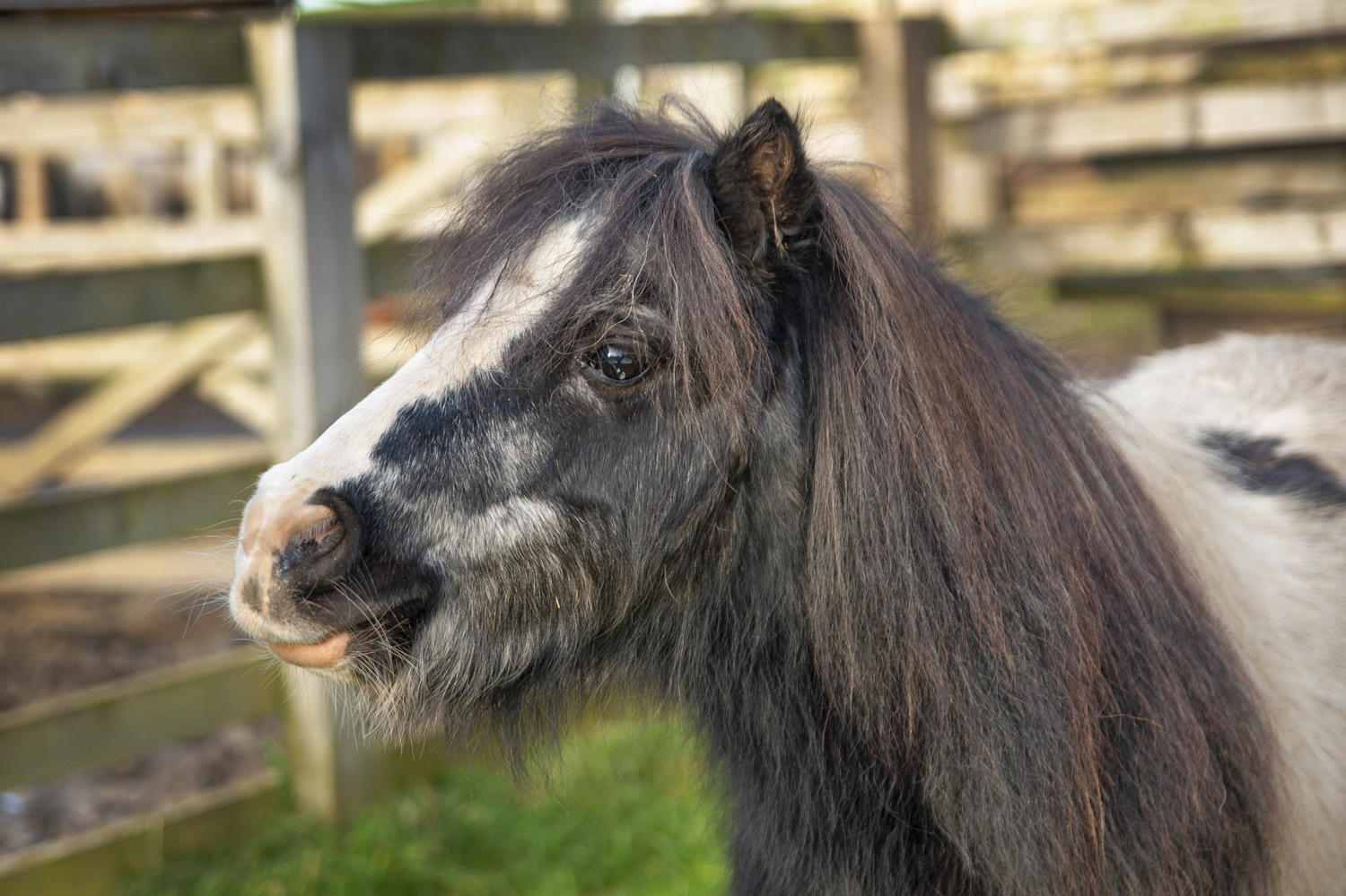 Murphy on the other hand, with appropriate treatments and lots of TLC, almost immediately turned a corner.