Home > Advice for owners and carers > These things happen… Kenny 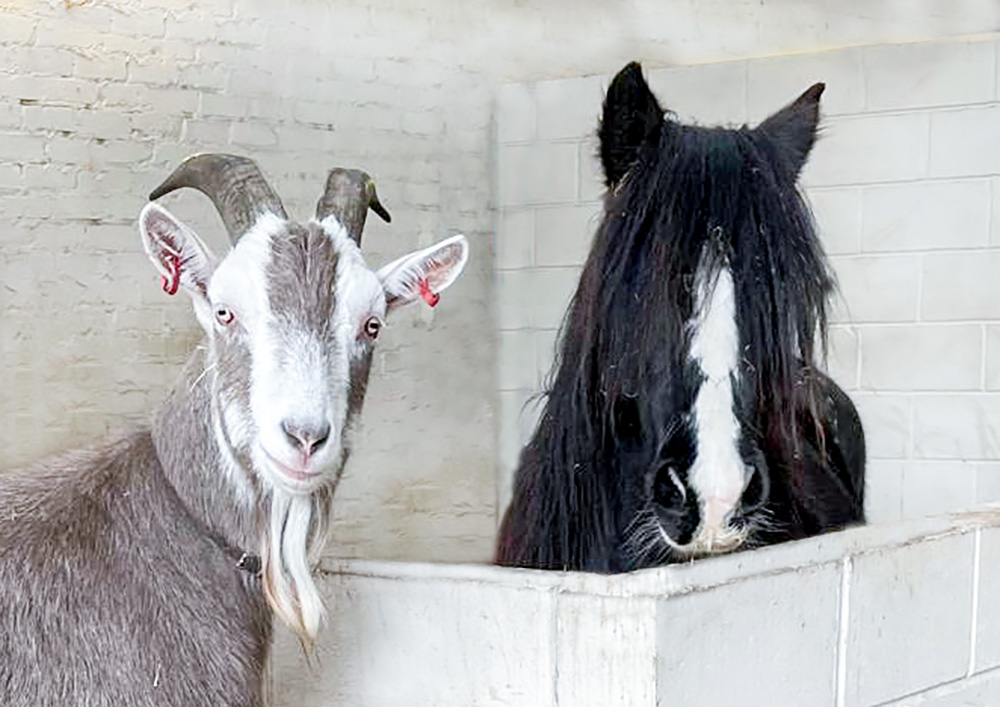 A late afternoon call, in November 2021 from Tracey, one of our foster carers, led to a trip to Northumberland for our Chair of Trustees (and Veterinary Surgeon), Dr. Nicola Endersby MRCVS.

Kenny, one of our ponies residing with Tracey, had suffered an accident in the field and had lacerated his hind leg.

We arrived to find the yard in darkness, as severe storms had cut off power supplies to the area. This meant that the initial work had to be performed via car headlights and mobile phone torches – what a test!

This is our initial view of the wound and on face value, we hoped that Kenny had not caused himself serious injury. However, he was clearly in quite a bit of pain and reluctant to bear weight on the limb.

Kenny was sedated to aid a full investigation. A course of antibiotics and pain relief was started.

Once the area was clipped, the wound was debrided (scraped) and flushed with sterile saline to remove as much contamination as possible. A flap of skin was then removed, it became evident that Kenny’s cannon bone was visible and had potentially suffered trauma.

X-rays revealed some surface damage to the bone which gave us cause for concern.

Removing the bandage and dressing the following day, revealed a large blood clot over the bone.

We were generally very happy with the condition of the wound so far and were hopeful that the swift intervention to clean and protect the tissues had kept infection at bay.

The next day, the clot came off with the dressing and clearly exposed the bone. Swelling was minimal with no sign of infection, (unpleasant smells) associated with the tissue fluids (exudate).

However, we agreed it would be easier to manage Kenny back at Here4Horses HQ and he returned to us temporarily.

The dressings were then changed less frequently (every 3-5 days) and two weeks later, the wonders of Mother Nature had caused the wound to fill in nicely with granulating tissue.

A week later, the typical cauliflower appearance of active granulation could be seen.

Some trimming of overlap at the wound edges took place to enable the Epithelial Cells in the skin to grow more easily and cover the wound.

Our first look under the bandages in the New Year proved very satisfying.

The wound was noticeably closing in and we could not have been happier with Kenny’s progress. Happily, he was completely sound at this point.

Having been back with Tracey for a week, the shrinkage continued at pace and plans could now be made to gradually bring Kenny back into work.

The bandage by this time was replaced only weekly, purely there to help keep the tissues moist and aid swift healing.

Just over a month later it’s hard to believe how far the healing process has come and everyone is very happy with the successful outcome and excited once more for Kenny’s future. 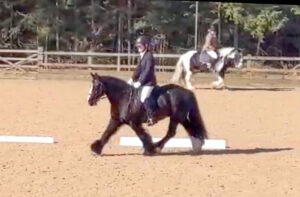 Just four months after his potentially life-threatening accident, Kenny and Tracey were out in competition. Not only did he enjoy his first outing – he pulled out all the stops to clinch the red rosette as the winner!

We all love a happy ending!

We always recommend insurance to horse and pony owners as injuries or ailments can be costly to treat.

Horses and ponies can be prone to accidents. We are very fortunate to have vets on our team who help us with minimal charge, however, the cost of drugs and supplies can still be very high.

Your kind donations, are always welcome, helping us deal with unexpected expenditure.